A total of 500 restaurants are currently listed on the online food delivery marketplace foodpanda.ro, double compared to the 250 restaurants registered in 2014.

The number of cities where the platform is present also increased by 45% year-on-year, reaching a total of 13 cities. Besides Bucharest, cities such as Cluj-Napoca, Iasi, Timisoara, Constanta, Ploiesti, Oradea, Brasov, Arad, Galati, Craiova, Sibiu, and Buzau also have access to the platform, according to a statement of foodpanda.

The online payment by card had a share of 8% in 2014, and increased to 15% this year. It is estimated that the growing trend will continue in 2016, the share of online payments by card being expected to reach 20%.

“After two years of focusing on achieving the highest possible market share and attracting a considerable number of cities and restaurants to our portfolio, 2016 will be a year of consolidation,” said Radu Balaceanu, Country Manager foodpanda Romania.

“After the corporate order option, the own delivery service and the payment by meal vouchers, we are preparing a new functionality that will allow users to make group orders, regardless the location of those who want to order together,” he added.

The group order option is to be launched by the end of 2015, and will be exclusively available via the foodpanda mobile app. According to Radu Balaceanu, this new service is estimated to generate 10% of the total orders by end-2016.

Foodpanda currently has a market share of 50% in Romania. 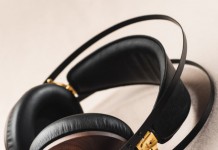