At the foot of the Parang Mountains, in a Romanian village called Buzesti, there is a wooden house with a large balcony. Marie Carels lives here. Go right across the street, and there is the chocolate factory where Marie makes Belgian pralines.

Marie Carels’ career as a chocolate artisan began after she had turned 50. She enrolled at a chocolate academy in her rainy hometown, Brussels, for two years and then took on a one-year job in a famous chocolate factory. It’s not that she got bored with the piano lessons she had been teaching in Brussels for decades. The retirement wasn’t the reason either. She had another ten years to go. Marie Carels did all this because she wanted move to Romania.

“Journeys and encounters are the antidotes of war,” Marie says. “Once you get to know other lands, other cultures, you start to understand others and you become more tolerant. You don’t kill what you love.”

Sitting at the table in her work studio, full with books and piano scores, in the village of Gratty, near Brussels, the woman wrote a piece for piano, violin, cello, percussion and a children’s choir based on the story of Harap Alb. Then it had to be performed, and where if not in Harap Alb’s land, Romania?

Marie grew up in Bruxelles at a time when the city was going through the so-called Brusselization, a period of uncontrolled, haphazard development. In the ‘60s and ‘70s, modern high-rise buildings were introduced into gentrified neighbourhoods. As a little girl, she preferred classical music to all other genres, including rock and roll. She would listen to the classical radio station RTBF Musiq 3 all day long, and by six she told her parents that she wanted to play the piano. Her dad was a neurologist and her mom had studied chemistry at university, but never worked. For women in Marie’s generation, it was different. They would go to college and find jobs on a more systemic way. At 18, Marie enrolled at the Conservatoire Royal de Musique de Mons.

The Belgian woman, with eyes that are sometimes blue, sometimes green and on some days gray, has always been relentlessly curious. After working as a piano teacher for ten years, she opened her own piano school at 30. A few years later, she started organizing cultural exchanges for her students, and began coming to Romania whereas students in Romania would come to Brussels. The piece she wrote on Harap Alb was staged in various cities of Romania and Belgium. For the performance an artist from Congo created huge masks for the the kids in the choir who were playing Harap Alb’s followers and helpers.

In Romania, she liked people’s open nature and the fact that things were more spontaneous. The nature was also wilder than in Belgium, and she had always enjoyed being in the wild.

As a girl, she and her parents would go on mountain trips in France, Canada, camping and wandering in the woods. Later on, as an adult woman, she engaged in environmental activism. It angered her when she discovered that Romania’s forests were being violently destroyed, under the pressure of strong lobby groups.

The bus stops in front of the 200 sqm chocolate factory in Buzesti, and noisy kids crowd out anxious to see a real chocolate factory. Boris Weyssow, a former physics teacher at ULB, now retired, is the guide for this real-life Charlie and the Chocolate Factory experience. Unlike his wife Marie, he adjusted a bit more difficultly to the village life, but he now likes it. He explains to the kids the whole process of chocolate making. It starts with cocoa trees growing along the Equator.

The cocoa pods are manually gathered, then broken open to release the cocoa beans, which need to be dried. The beans are then cracked and ground. The second refining process follows, to further reduce the particle size of the cocoa mass and to distribute the cocoa butter evenly with a roll refiner. The rolling creates heat that melts and distributes the cocoa butter. Kids’ attention shifts from Boris’ explanations to the taps through which chocolate keeps pouring.

Marie opened her factory in 2012, right across from the wooden house she and her husband had built in Buzesti.

IT TOOK HER ONE YEAR TO GET THE PERMITS, RUNNING FROM ONE INSTITUTION TO ANOTHER. BUT SHE WAS DETERMINED TO MAKE IT WORK.

By then, the Belgian piano teacher already spoke Romanian, which she had learned by herself. She hired four women living in the village and taught them the process of chocolate making, and a man called Ion Popescu, who had previously worked as a mechanic at the Sadu Mechanical Plant. It wasn’t very difficult learning how to handle the machines, although there is quite a difference between working as a mechanic and as a chocolate manufacturer. In the factory, they use real ingredients, Marie says. Blueberries are picked in the mountains nearby, walnuts are local, the rum is rum, and the whiskey is whiskey, not aroma bottles.

Marie then opened the store Chocolaterie Carels in Targu Jiu. She was thrilled about making chocolate in the little Romanian village, where the sun shines so much more often than in Brussels. She brought her piano along, but had less time to practice. Every morning, after drinking her coffee on the balcony with her husband, she goes to the factory where she makes the recipes for the pralines. She wears her hair in a bun and puts every day a flower accessory in her knee-long hair, which she has never cut, except for a few centimeters from time to time. The flower accessories are blue or green, or brown if it’s a rainy day. She mostly wears trousers, because it’s more practical, but when she goes to a party or a concert, she puts on a dress.

After working in the factory for a few hours, she then drives to the store in Targu Jiu, or delivers other orders. Besides that, there are friends in the village that she frequently sees. Her place in Buzesti is not an island, where she and Boris landed. They are part of the village, and the house and the factory are their nest, Marie says.

Does she still eat chocolate, after being in the factory all day surrounded by tens of kilograms of chocolate? Of course! She needs to eat two pralines every day. “If not, I’m going crazy,” the Belgian-Romanian woman says laughing. 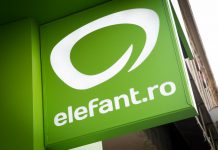 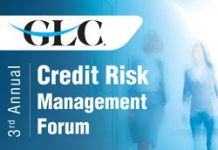 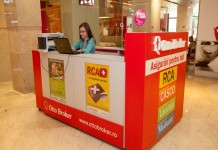 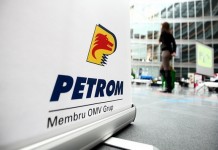